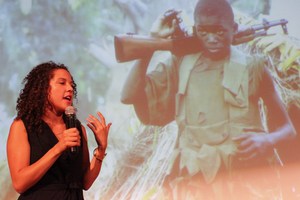 The new “Tiger Reads” program, spearheaded by teacher Mark Afram and librarian Shelee Wilkerson, allows students and teachers across all grades and subjects to use the selected books within their curricula. Thank you to SPEF for providing funds in support of the “Tiger Reads” program!