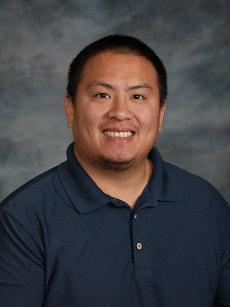 “We are thrilled to announce that Anthony Chan will be leading the athletic program at the high school,” said Superintendent Geoff Yantz. “Mr. Chan brings an enthusiastic, forward-thinking approach that will greatly support and encourage student athletes. His positive outlook and goals for community inclusiveness will keep the program moving in an upward direction.”

Chan currently teaches math at SPHS, a position he has held since 2013. While at SPHS, he has served as the assistant coach for the varsity and junior varsity football teams and the track team.  Chan is also the chairman of the School Site Council and serves as a member of the leadership team for Challenge Success, a Stanford University program designed to implement school-wide changes to improve student mental health and wellness.  He worked as a Western Association of Schools and Colleges (WASC) evaluator and coordinator of the SPHS self-study during the 2016-2017 WASC assessment. Since 2014, Chan has been the junior class advisor, and he also completed three years as the faculty staff club’s social chair.

“I’m looking forward to the challenge of working with students outside the classroom and helping them find success through athletics,” said Anthony Chan. “South Pasadena students work hard in the classroom, and I’m eager to round out the student experience through a strong sports program. I’m thrilled to be leading a program that will be efficient, transparent and community-focused.”

Chan graduated from the University of California, Irvine, with a degree in mathematics and a concentration in education through the California Teach 4-year initiative. In December 2018, he earned a master’s degree in educational administration from California State University, Los Angeles. He is fluent in Cantonese and also speaks basic German.

“I look forward to the contributions Mr. Chan will continue to make at SPHS in his new position,” said Principal Janet Anderson.  “He has a track record of involvement in the overall school operations with a particular emphasis on student participation and support.  Those aspects will serve him well as athletic director, as will his outreach to the larger school community.”

In May 2017, the SPHS Parent Teacher Student Association (PTSA) recognized Chan with an Honorary Service Award. Chan grew up in Temple City, California, where he participated in the football and track teams and was the student representative on the School Board. He believes in working hard but also making time to enjoy life as much as possible. In his free time, Chan plays on a local recreational basketball team and loves to travel.